Transport companies based abroad whose employees work in Germany are obliged under the MiLoG (Minimum Wage Act) to tolerate an inspection by the customs administration of the work actually performed in Germany. This was decided by the Federal Fiscal Court in its ruling of 18 August 2020 (case no. VII R 34/18).

Facts of the case:

Transport companies based in Slovakia and Poland had submitted declarations in accordance with the Minimum Wage Reporting Regulation and carried out cross-border transports where either only the unloading or only the loading had taken place in Germany. The parties disputed whether such transports had taken place at all or whether the drivers of the foreign transport company had only passed through Germany.

In order to clarify these cases, the main customs office issued inspection orders with reference to the Minimum Wage Act (MiLoG) and requested documents proving the payment of the minimum wage for the work in Germany. The foreign employers took legal action against this, claiming that the MiLoG was not applicable to foreign transport companies and violated the federal system of competences, the constitutional requirement of certainty and European law because of the customs’ inspection powers. The appeals were unsuccessful.

The BFH dismissed the appeals as unfounded. It ruled that the disputed audit rulings and the associated requests to submit documents were lawful. Foreign transport companies whose employees work in Germany must tolerate an audit of the work actually performed in Germany under the MiLoG. In particular, the transfer of the competence to inspect is neither contrary to fundamental rights nor to Union law. In particular, it was permissible under Article 87(3) sentence 2 of the Basic Law for the federal legislature to confer powers on the customs administration to verify an employer’s compliance with its obligations under section 20 of the MiLoG.

It did not matter whether short-term employment was covered by the MiLoG. The customs authorities must have the possibility to determine in the first place to what extent the workers concerned are actually employed in Germany. 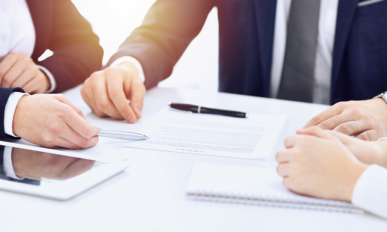 Important advice for companies In the current crisis surrounding the Ukraine-Russia war, it is becoming clear how geopolitical risks and changing security environments are influencing the danger situation for expatriates. Companies have an obligation to...