The BFH has now clarified with regard to the new travel expenses law that the first workplace of employment in the case of cross-border employee secondment is the stationary business establishment of the receiving company to which the employee is assigned under an independent employment contract with the receiving company for the duration of the posting. (BFH 17.12.20; VI R 21/18, DStR 21, 1039)

In the present dispute, the BFH confirmed the view of the tax authorities when applying the new travel expenses law in force since 2013. According to this new travel expenses law, in the case of a cross-border assignment of employees between affiliated companies, a first workplace exists at the receiving company if

This interpretation of Section 9 (4) Sentence 2 EStG appears to be appropriate, since the permanent assignment to a first place of work is based on the stipulations of employment law.

In addition, it should be noted that the BFH has indicated that rulings on the legal situation applicable prior to 2013 are no longer relevant. Insofar as the BFH took a different view in earlier rulings, this case law would be rendered obsolete by the new statutory regulation on the first place of employment.

The new BFH ruling proves that in posting cases a formal, wage tax concept of employer is to be taken as a basis. In order to continue to bring about the tax consequences of an external activity, the following way out can be considered: If, in the case of cross-border employee posting between affiliated companies, the employee works at a fixed operational facility of the company without concluding an independent employment contract with the host company, the first place of work at the host company is only to be assumed if the employee is deployed away from home by his employer on a permanent basis, i.e. for an unlimited period, in accordance with Section 9 (4) sentence 3 EStG for the duration of the entire posting period. In this respect, therefore, what is stipulated in the respective employment contract also applies. 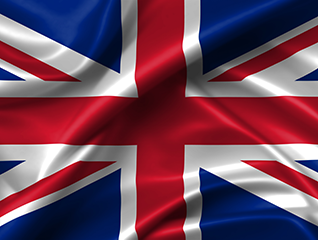 Wirtschaft Nordhessen – The IAC on the situation one year after Brexit

In the January issue of the IHK Kassel’s trade journal “Wirtschaft Nordhessen”, the IAC comments on the changes in business trips and work assignments due to Brexit.